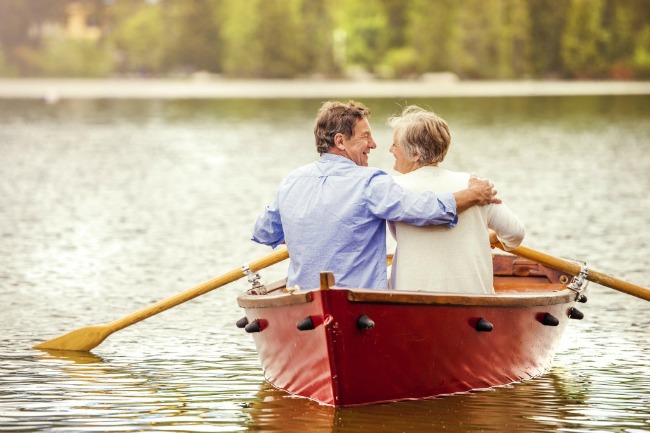 How to Get Him to Commit

As a midlife dating coach, I’ve noticed a lot of women who spend a lot of energy complaining about relationship problems, such as men who are no longer romantic, don’t match their emotional level or just don’t want to commit. This is a total waste of time and will often lead to the end of the relationship. No man wants to be around that kind of negative energy.

If you’ve been wondering why a lot of men don’t commit, it’s because they’ve been pushed too far from nagging. They are much better when inspired.
Surprised? You must understand that 90% of men aren’t like the memes you see extolling the virtues of the “conscious awakened man” who dotes on his beloved.

Most men are less emotionally communicative than women and typically cut way back on their romantic gestures after the initial chase or “gotcha phase” and they’ve settled in. Complaining about it isn’t going to help. That being said, there are some guys who are adrenaline junkies who love the thrill of the chase and get bored when things settle down. You might want to evaluate his past relationship history to see if he’s a serial dater or not.

If you’ve found that potential diamond in the rough, the good news is that you can be proactive. You should know this going in. In fact, plan on it. Know that you can inspire him over time to listen to and act on your desires. Men naturally want their partner to be happy.

Men do better with instructions rather than complaints. Many of us have accomplished major feats when inspired to do so. All it takes is a willingness and some effort on your part to show him the way.

But if you’re expecting a man to show up in a perfect package of everything you’ve ever hoped for or dreamed about from the get-go, you’re bound to be disappointed. You’ll watch as other women settle into fulfilling relationships while you’re left wondering why romantic bliss never happens for you. But those women know the secret…inspiration is what fuels a man’s heart. Fear, anger or nagging will make them head in the other direction.

When your guy tries to please you, encourage him. Tell him how much it means to you. Thank him when he does things right. Don’t be afraid to set the pace. Gently communicate your needs and desires. You’ll find that as you inspire him, you’ll be cherished and adored which will lead to both of you experiencing greater fulfillment in your relationship.

For further reading, here’s a few of my previous articles on the subject:

He says one thing but does another. Does trying to understand the male mind make you a bit crazy? Believe it or not men really do want to be in healthy and fulfilling relationships. In Unlocking the Male Mind I’ll share my own insights about men and what they’re really thinking!