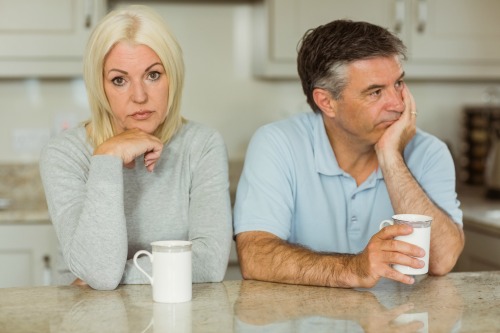 It’s commonly assumed that relationship deal breakers are typically associated with differences in character. However, as I’ve observed midlife singles, as people mature, the relationship priorities shift to those of shared values rather than the factors that we looked for when we were younger.

For example: some women prefer not to date men with small children, particularly if they have grown kids or no kids. Some men prefer to date women who have lots of free time to play. Career and financial stability is often important to both men and women. Each person has their own set of rules which often turn into deal breakers to relationship.

If you observe potential deal breakers cropping up in the person that you’ve been seeing, it’s probably best to be honest with yourself that these are areas which you’re not willing to compromise on and that it’s best to end the friendship — and far better to do it sooner than later. Don’t feel guilty about it.

The key to identifying your personal deal breakers is to truly know yourself. That can only come after taking the time to evaluate yourself and your life’s journey. Think about past relationships, what went wrong and if there are any patterns that keep repeating themselves. And after you’ve done this, take some time to evaluate the character qualities and personal values that are most important to you.

If you’ve found yourself stuck in a pattern of attracting the same negativity over and over, you may find that after getting yourself on a solid spiritual and emotional footing that you will start to attract more positive men without all the potential negativity and drama.

Finding friendship and love in the midlife years can happen if you set your intentions to what’s right for you.

He’s so into you..until he’s not. Why did he just pull away and disappear? If you’ve found yourself in this situation a few times, you’ll love my audio program Why Men Pull Away. You’ll learn how to know a flight risk when you meet him and the secrets to getting him to want to stay close.
We’d love to see you at our Facebook community for ongoing support and conversation!