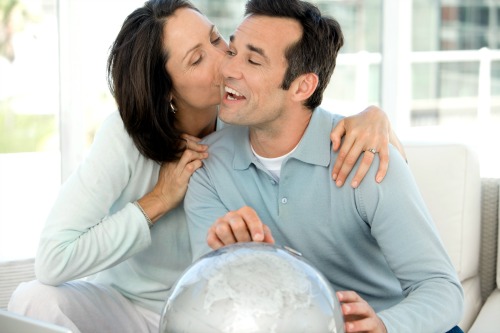 Should You Give Him Another Chance?

“Need some help! I am new to the online dating game. I started communicating with a man about three months ago. We were compatible on the site and emailed and texted for a week. On the day that we were supposed to meet, he cancelled two hours before hand and I never heard back from him again.

Jump in time to yesterday and he sends me a text message that he was sitting in jury duty and came across my number in his cell phone. He wanted to say hi and apologized for cancelling. He explained that his aunt got into some kind of trouble and he was the only one that could help her.

We went back and forth about the situation and basically I just said what happened in the past should just stay in the past. He proceeded to ask me if I wanted to meet for coffee last night and suggested a location. I replied that I possibly could meet him and suggested a different location but I never heard back from him!

So do I give him the benefit of the doubt that something came up or is it just who he is?”

There’s an old saying…”Fool me once, shame on you. Fool me twice, shame on me.” Since he’s backed out of two planned meetups, it’s safe to say that those are good indicators of his character. He’s unreliable and can’t be trusted. There is no point in giving him the benefit of the doubt. If a guy is not at his best behavior at the beginning of a new relationship it’s never going to get better.

Run as fast as you can.

Take some time to do some personal inventory. He’s jerked you around twice but you are still wondering about his character. He has no character. You should be able to see the red flags flying but for some reason you can’t right now.

You are worth to be treated with respect and consideration. We teach people how to treat us. If you have good self esteem, you are going to attract positive people. If you don’t, you’re going to attract people who do not respect you and may possibly abuse you in the future.

Block his number and move on.