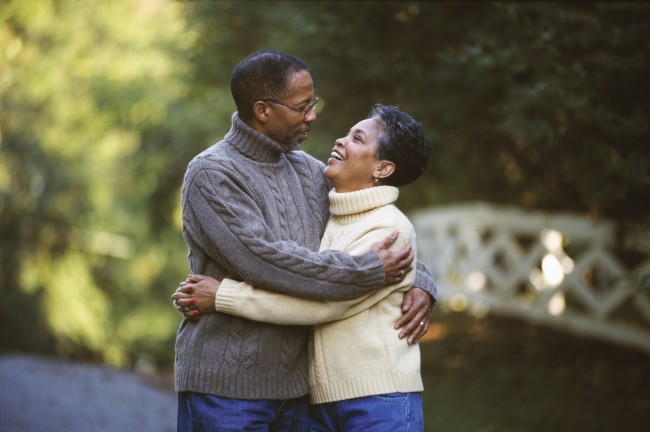 Dating Over 50… What’s Going On Here?

I hear from quite a few women (and men) over 50, and they tell me it’s tough to date. They’re frustrated, and here are their most common complaints.

Men over 50 want to date women 10-20 years younger. Some will date women as young as they possibly can. They say the women make them feel like men, unlike women their own age. And these young women make them look good to their peers.

Women who are 50+ don’t want to date men their own age because these men can’t keep up, they look their age, they’ve slowed down in the sex department, and they act like old fuddy-duddies. Younger men can keep up and are better in bed… or so they say.

The complaints go on and on. So what’s really happening here?

The reality is that most of these men over 50 will never have a chance with a woman 10 or 20 years younger because these men can’t keep up with younger women. Plus, women in their 30’s have a huge pool of men to choose from, and often they want kids. Many of these 50-ish men have already had their kids and don’t want more, so the younger women wouldn’t get what they want anyway.

So unless these men have something these women do want, such as homes or money, these younger gals will take a pass. So who cares if these men say they want to date women 10-20 years younger… it’s not gonna happen, and most men know that deep down. They may not admit it, but they know it.

So why do these men want younger women? Two reasons: less baggage and less bitterness.

Men have found that dating within their own age group comes with a fair amount of frustration because many women have been hurt in the past and still carry that with them. And other women their age won’t give them a chance.

I can’t blame men for wanting less bitterness and less baggage—women should too. If you’re a woman over 50, you would be head and shoulders above most others if you can find a way to get rid of old yucky stuff from past relationships. Men love a woman who embraces life and doesn’t hold on to the past.

Okay, let’s look at the other side: women want men younger because the men their age can’t keep up… is that true?

Younger men have their pick of women, and often they want kids, so the older women don’t always get to date younger either.

As far as sex goes, men in their 50’s know how to please their women, and there are far fewer who have issues in that area than you’d think. (And we have Viagra for the rest.) Older women know what makes men tick and how to make them happy in bed.

Are these prejudices and incorrect assumptions actually an excuse not to date? I think so, sometimes. It’s easier to blame circumstances and external factors than to admit we’re all getting older and we’re not young and carefree anymore.

The good news is that if you’re over 50, a relationship with someone your age can be tremendously deep and satisfying. You have plenty of things in common, and your frames of reference are the same. If you’re old enough, you both remember where you were when Nixon was impeached, and you might have watched the moon landing.

You’ll know how to make your relationship a success, which is something many of the younger ones haven’t discovered yet.