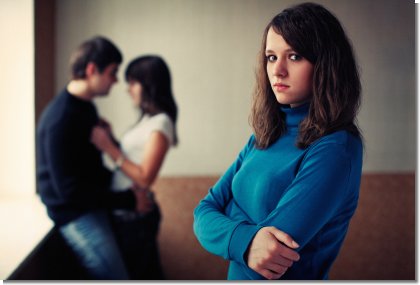 Why Men Leave… Becoming A Hero To A New Woman

Have you ever dated a man who left you and then became committed to another woman?

If yes, was he by chance going through a transition in his life?

You being the nurturer, stood by him during this time. You didn’t care if he couldn’t pay for dates. You didn’t mind paying for vacations. You listened and opened your heart when he talked about his ex. You supported him in his new endeavors. In fact, you were his greatest cheerleader.

Then all of a sudden, he leaves.

Jonathon, this is lame! Why does this happen and how can I turn it around?

Glad you asked and I have your answer.

In fact, PART 1 of the Why Men Pull Away ~ 3 Ways To Keep Him Close workshop, a caller asked a similar question. It was around the 46 minute mark of the call and I gave the why, plus how to recognize the man who leaves vs. the man who is all in. There are several reasons why men pull away, why men disappear and why men leave.

The common reason why men leave after you stand by him and fix him to become a hero to a new women is what I call: The Bright Shiny Penny

When you met your guy did he talk a good game, but his life was going nowhere? Did he have big plans, but no actions to back it up? Was he kinda down? Was his ego kinda shot? Did you notice if his self-esteem was low? Was he not really feeling good about himself?

If all this sounds kind of familiar, did you feel used and thrown away like garbage when he turned his life around and left? Did he make a commitment to a new woman right after you?

Jonathon, how could this happen? I was so there for him. I stood by him when no other woman would. What an asshole!

The main reason why he LEFT was because he was ASHAMED. You saw him at his WORST. You saw him while he was DOWN. He didn’t feel like a hero to you. He felt WEAK as a man. In fact, he questioned if you even respected him.

But Jonathon, none of that stuff mattered to me. I loved him.

Dear friend, I get it. But to a man and his ego, he doesn’t ever want to be perceived as weak. So the minute he turns his life around, the minute he’s on his own two feet, the minute he feels good about himself, he leaves to be a “bright shiny penny” to someone new.

Here’s the good news, not all men leave to become a hero to someone new. In fact, there’s really only one way to determine if he views you as indispensable when his life turns around.

Do you know what makes a woman indispensable to a man? Can you guess what keeps men “all in” after they turn their life around?

Would love to hear from you.