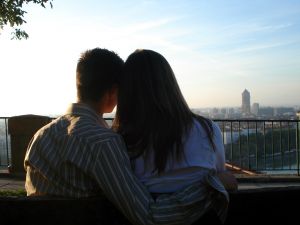 Why the 10 Date Rule Works

We’ve all heard stories of people who slept together on the first date and it turned into forever after.

How often do you think that happens?

Not nearly as often as you might think… about one in every million one-night stands. Those odds aren’t great, so how can you improve the chances of your forever after?

Take your time and follow the 10 Date Rule. It works.

The 10 Date Rule merely states that men are most likely to seek relationships with women they’ve dated at least 10 times. These are real dates, not merely hangouts or coffee meet-ups. I’m talking about dates in which you go and do something together in public.

Men want connection, true connection, as much as women do. In general, they’re a little slower at forming that connection than women are, and 10 dates is a good rule of thumb. A man is not going to continue asking you out if he’s not interested, and if he asks you out on 10 dates, he’s into you.

It all makes sense when you think about it. Why would a guy (or a gal) rush into a relationship without testing the waters first? The 10 dates normally happen over the course of several weeks to a couple of months. That’s being prudent and taking things as they come.

Of course, sex typically happens sometime during the 10 dates, but if you sleep with a man too soon, it’s hard to tell if he was in it for the conquest or was seeking a relationship, no matter how intense the chemistry was. Take your time and have sex when YOU are ready and can handle whatever happens afterward.

(Yes, he could dump you after sex on the 10th date, but if he’s just out for a conquest, he’s not likely to last that long without sex.)

If you can keep your cool for those 10 dates and not let your heart take over, you’ll see him clearly and objectively and make a decision whether you want him as your boyfriend.

You do the choosing, not the men.

Staying calm and collected during those dates will help you make a good decision instead of being ruled by chemistry. And the 10 Date Rule helps you weed out the good guys from the players and the “I’m not ready” guys.

But how do you read the signs during the 10 dates?  Is there a way to tell on date 5 if he’s good boyfriend material? After all, you don’t want to waste time if you don’t have to.

I’m often asked about the best way to tell if a man is seeking a relationship or a conquest. Here is a partial list…

All of these actions are more likely to happen if you’re following the 10 Date Rule. Most men will not act like this with a one-night stand or a woman he just wants as a friend with benefits or a booty buddy.

Don’t let yourself get into a hurry when it comes to dating… and don’t let your heart run away with you. He’s out there, and if you follow the 10 Date Rule, you’ll create the relationship you want, almost effortlessly.