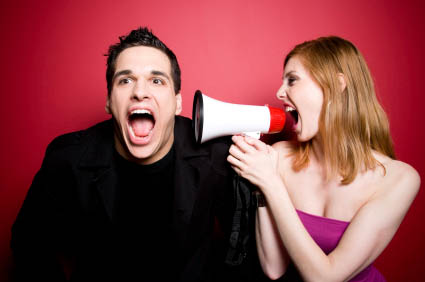 What Does It Mean to Settle?

Have you ever been in a relationship where you didn’t speak up and tell your man what you wanted and needed? Maybe you thought if you acted the way you wanted to be treated, they would mirror what you put in.

But it didn’t work that way, did it?

The more you put into the relationship, the less your needs were being met, and the silence (or anger or hostility) from your partner was eating you up inside. Then there was the day you spoke your truth, and he ran away.

The minute you spoke up for yourself, poof he was gone. He couldn’t or wouldn’t put you first or even put you just ahead of him. You don’t need this. It’s is an example of settling for less than you deserve, and I encourage you to stand tall for what you want.

Women are so loving and accepting that they sometimes allow themselves to take second place to their man. They stuff their needs inside themselves and put on a happy face to their men, their families, and their friends.

They settled for less than they wanted. I’m here to tell you that never works. Here are some examples of settling:

Love is about meeting side by side and not about putting another on a pedestal. You are equal partners, and you deserve to get as much from the relationship as he does.

The key is communication. Tell him what you want, starting at the beginning. I’m not saying you need to tell him on the first date you want to get married and have five kids, but you do need to let him know what you want in a man. Being clear upfront will prevent problems later.

Now that you know not to settle, I want to share something that disturbs me as a relationship coach. I’ve coached quite a few women who say they won’t settle but don’t understand what settling actually means.

Settling means compromising your standards and principles and dating a man who is beneath you in ethics or morals. It does not mean dating a guy who is bald, dresses differently than you would like, or drives a small car instead of a large luxury sedan or pickup truck.

Settling is accepting a man with less soul, integrity, and heart than you deserve. It’s all about what’s inside.

If you accept a man who makes less money than you would like, lives in a small house, or eats with the wrong fork, you’re accepting a less-than-perfect man, not settling. It’s all on the outside, and what’s on the outside is not nearly as important as what is on the inside.

Don’t settle, but know that your Mr. Right may drive up in a Subaru and wear a cap to hide his bald spot.