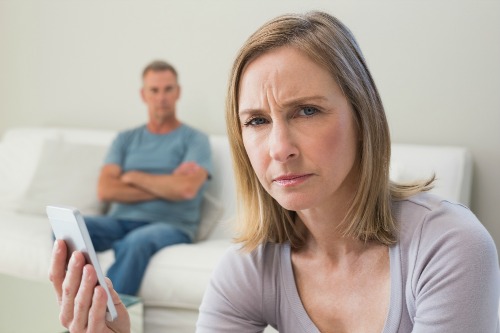 How Do I Know If He’s Cheating On Me?

A recent letter from one of my readers asks:

I’ve been in an on-and-off, long-distance relationship for the last several months. It’s really more on than off. But sadly, I recently discovered that my boyfriend has been going out on dates including dinners and movies with a number of women including one ex-girlfriend AND his most recent ex before me. Not only that, he’s also texting pictures of himself and frequently chatting with her!

When I confronted him, he claimed that he’s not intimate with these woman and that they are just friends. But one woman did say she was intimate with him. Is it considered cheating when you keep it a secret? He said he didn’t tell me because he was concerned about what my reaction would be.

You’re asking me if it’s cheating. I suspect you already know the answer. You must determine what agreements (if any) are in place with your friend. If you’re supposed to be in an exclusive, monogamous relationship and your partner is having sex with another woman, that can certainly be considered cheating.

The comment that he made about keeping his actions secret is most likely because he knows how you would have reacted if you knew the truth.

The fact you haven’t dumped him for this boorish behavior suggests to me that you’ve given your power away. Do some self-evaluation to determine if this has become an ongoing pattern in your life.

Speak your truth, set your boundaries and share with him just how you show up in a relationship. And you should also discuss what you expect from him in order to remain in a relationship together. Trust, open communication and honesty are foundational to a healthy relationship. If he can’t understand this, then you must let him go without apologies.

You are worthy to be treated with respect and consideration. Expect nothing less from him or anyone else who comes along in the future.