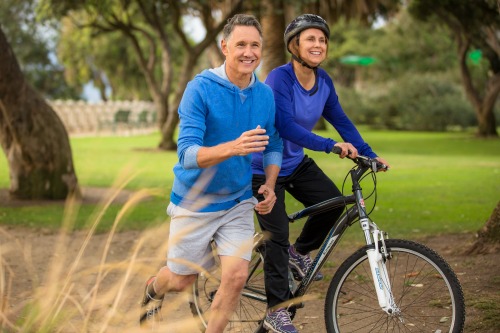 Dating and Starting a Family During Midlife – Is It Realistic?

As a midlife dating coach, I’m become fascinated with an interesting dynamic that I’d like to discuss. Lately I’ve seen dozens of dating profiles from women who are over 45, have never married but state that they definitely want children.

The dating process these days usually takes 6 months to two years to fully integrate into a strong committed relationship because most couples need time to truly get to know one another to determine if they’re a match. So realistically, a woman might be 47 before getting pregnant provided she meets a man who is also strong and definite about having children as well.

While some men might want children later in life, there’s is just as many who don’t or they already have children from a previous relationship therefore they prefer to have quality time with their partner.

Recently I did a search on Match.com of men 42-55 and the percentage of men in this age bracket who definitely wanted children was less than 10%. The reason why this number might be so low is because many of those men already have children and would prefer not to raise more. Therefore, finding a suitable match is highly unlikely, but not impossible.

Next, given the complications in having children later in life and the possibility of birth defects or the need for artificial insemination, the likelihood of finding a partner who would agree to that diminishes as well. If a woman is single and seeking to start a family while finding a mate, she might also be sending a signal of pressure or an agenda which is another turn off to men as well.

So here’s another thought… could it be a woman uses the idea of having children as a block to intimacy or a defense mechanism to rejection? Think about it… a woman dating might get too close to a man and throw the “I want a child card” knowing a man might bolt, thereby protecting herself from the possibility of future rejection.

While it’s never impossible to have children later in life, the odds are certainly difficult. Raising children requires lots of sacrifice including that of time, energy, and finances. After the mid-forties health issues become a factor as well. Adoption of older children is another option worth considering for those who are willing to make that commitment.

Let me conclude by saying that I understand this is a heart-wrenching discussion for many women and I do not wish to minimize anyone’s desire to have children. My point of this post has to do with being over 45 and wanting to find a mate in addition to the desire to have children. Most people would agree that for success in a long term relation, spending true quality time with your new partner is essential for growth and deeper intimacy. Marriage and children can certainly happen later in life but certainly not without its own set of challenges.