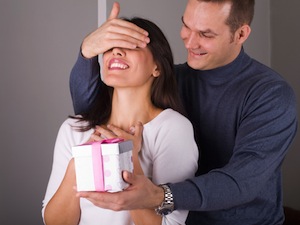 Is This a Relationship or Not?

We’ve talked before on this blog and in live workshops about the difference between a real relationship and one that’s one-sided. Today Adam & Eve offers another take on the subject in this guest editorial.

So you met this guy a month or so ago and you think things are going great, but you’re not sure where it’s going. You see him every once and awhile, he responds when you text and you even slept with him a few times, so what’s going on? Are you dating? Is he your boyfriend? Here are some key indicators you can use to determine your status:

Does he call you and text you regularly? If so, then you might be in or on your way to a relationship. Take a step back if you find that you’re always the one to reach out. Go a few days without texting or calling and see if he fills in the void. He could be used to you starting all of the correspondence or he could simply not care. If he doesn’t call or text you, you’re not in a relationship at least not a dating kind.

Do you see him more than once or so a week? And when you see him, is it after 11PM? Did you meet up after spending your night a part? If so, this is definitely not a relationship. This is a friends with benefits situation. Sure, he might be really sweet while he’s around, he may even make you breakfast, but if he’s not trying to hang out with you outside of the bedroom it’s not a relationship. Even the busiest of people will make time to see someone they care about. They either don’t care or are dating other people if they are only making enough time to see you once a week.

Does he only bring you gifts of the http://www.adameve.com/ (link contains explicit content) sex toy variety? When a man cares about a woman, he’ll want to spoil her. He’ll bring her tiny gifts and do little things to make her day easier. You’re definitely a friend with benefits if he’s ONLY showing up with sex toys.

Does he get fidgety when you try label him as your boyfriend? Does he introduce you as his friend? If it’s early, there’s still hope that it could blossom into a relationship full of love, but if it’s been a few months, it’s time to start moving on. There are commitment phobes and then there are people who just don’t want to be your boyfriend, the situation above would be one of those people.

Have you met his friends or any of his family? It’s likely he doesn’t care much about you if he’s keeping you away from people he cares about. The only caveat to this situation is if he is new in town and doesn’t have friends or family in the area. Otherwise, you should go ahead and assume that his friends and family don’t even know you exist.

The thing is, if you have to read this article and ask yourself if you’re in a relationship, you’re probably not. You already know the answer, but you’re holding onto a sliver of hope that he’ll see how amazing you are and change his mind. But the sad thing is, there is no hope. The man has already made up his mind about you. Sure you think the two of you are great together, but he doesn’t. Don’t waste your time dating someone who just wants to sleep with you, unless that’s what you want. You’ll know when a man really cares because he’ll call you, he’ll plan dates with you, he’ll introduce you to his family, he’ll make you feel special and he won’t care if you don’t sleep with him every time you see him. Friends with benefits can be fun, but don’t find yourself stuck in the trap of one hoping for more when there simply isn’t. There are plenty of guys out there, so buck up, realize that you’re awesome and stop letting this one get you down. It’s time to find someone who wants to be your boyfriend and trust me, he’s out there.