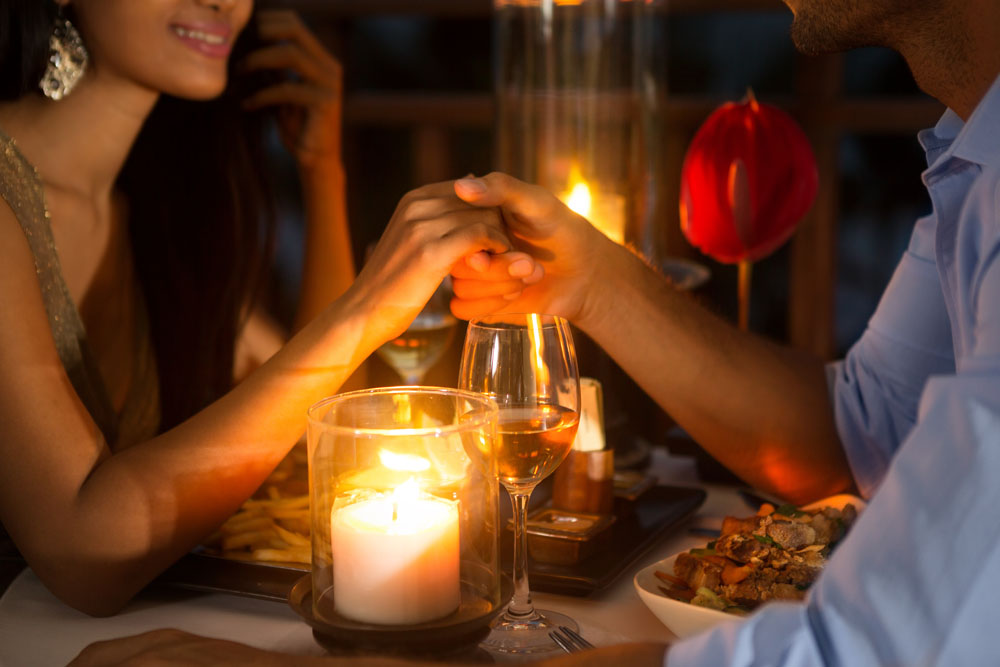 I have great respect for the man who treats a woman with kindness, care and respect. Most women would agree that a man who shows up with his actions matching his words is one she can truly surrender to, and I mean in a good way. He is the kind of man she can give her heart to.

I want to talk about the nice guy for a moment. You know the guy. He’s the one who tries to win your heart by proving himself worthy. He sees you as an object of affection without truly knowing who you are. He brings flowers or candies on the first date. He may even start off with a poem he wrote to win your love.

While these actions look good for a while, they point to possible issues. In fact, all of these “actions” are to impress you because deep down he doesn’t feel worthy.

I can promise you, that while you don’t ever want to date a man who is a jerk, you also don’t want to date a man who doesn’t believe in himself. If a man wants to be with a woman he will take the time to get you know you. His gifts will not be for show, as he will get to know your interests and needs before offering presents.

So why am I on a rant about the nice guy? Because he gives good guys a bad reputation.

What I don’t respect is the man who complains about being rejected as “a nice guy” because a woman chooses to be attracted to a jerk. If a nice guy keeps choosing a woman who doesn’t value herself (by choosing jerks), then all I’m saying is that he doesn’t really value himself either.

Two people who don’t value themselves is just a recipe for disaster.

How You Can Tell A Good Guy From A Nice Guy

Emotionally healthy women are attracted to good men with inner strength. This is often displayed as a man with an edge, confidence and a sense of direction. He also happens to be sweet. Being nice is just one aspect of good character. A woman also wants a man of action.

So how can you tell the difference between a good guy and a nice guy? Well let’s just face it, nice guys complain about finishing last, and good guys just don’t have that problem. If he doesn’t win, the good guy will wake up the next morning and try again.

Here’s the thing. I totally get the nice guy because I was one. It’s a testament to growth, and an assurance that if he’s committed, any man can show up when he grows up. He just has to be willing, humble and brave.

The nice guy doesn’t feel his own worth. He wants is to be loved. There is nothing wrong with wanting to be loved, but it’s better to start from the inside.

The nice guy also has a chip on his shoulder for everything in life that just didn’t go his way. If a man can’t deal with failure then finding success is that much harder. In addition, the nice guy will eventually make you feel guilty for not filling his needs. Every man—just like every woman—needs to know how to fill their cup first. The overflow is where true love is possible.

How You Can Land The Good Guy

Now that you know who the good guy is, I am pretty sure your heart melted for him. He sounds like a romance novel. The kind of guy who can build your kitchen table and then make love to you on it and never miss a beat of daily life. I get it. He sounds too good to be true, but you want him.

Here is the part of the story that is completely dependent on you. The good guy wants the woman who is worthy of his time. Set aside whiny immature women, mean women, and the accidental dears. He is ready for a queen. If you want this man, then you also need to be working to be your best self.

I ranted on the nice guy, but if you want a good guy then you will have to take responsibility for your life and become the kind of woman you know you can be. Level up so you can show up.

The nice guy wants an easy win. The good guy is willing to work for it. That also means that you as woman, the queen that you are, need to be strong, confident, and willing to keep growing and evolving. That is true beauty.

As far as the nice guys, I am not going to lie, they are nice to date. But eventually the magic wears off because they can’t keep up. Nice guys have yet to work on themselves and show up for themselves. Here is the thing, though: the nice guys can learn. If he treats his innerkid with love, reminds himself that he is good enough, and take that action out into the world, he becomes unstoppable.

So consider this a wake up call to redirect that attention to the self. This goes for nice guys and nice girls alike.

Not sure where to find the good guys? Plenty of good guys (and women, too) are looking for love online. Get the inside tips and tricks in my popular, Finding Love Online audio course. Get the details here.