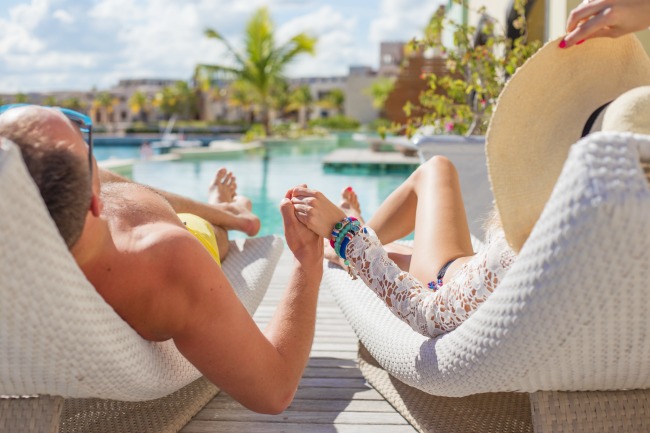 One woman recently wrote to me:

“One of my biggest frustrations with dating is that many men like to project about the future. They’re often thinking about possibility of a big house with a white picket fence before we’ve even had enough time to get to know each other. Why do some men want to move forward at such a rapid pace?”

Thank you for sharing your question and yes, it’s quite common for men to project about the future in the beginning stages of a relationship. I like to call it “trying her on for size” which means I’m seriously considering how she might fit into my life. (Compare it to Photoshopping, if you will.)

Men often need to consider the long term potential of a relationship before they can move forward in the dating or courting process. They’re looking for physical chemistry as well as some common interests and values and the possible blending of families.

If a man can’t see that future long term potential right from the beginning, then they will usually pass and move on. Men who are really excited will often verbalize this. However, if they’re reserved and feeling it on more of an unconscious level that excitement will manifest itself in actions.

But for some women, this can be too much too soon. They may consider the behavior as too needy or even kind of obsessive. Unfortunately, they might just turn and run the other way. But on the other hand, some women will see this as a promise for a future long term relationship and unfortunately, this may not be the case. (See my previous article Can You Take a Man’s Words at Face Value?)

My mom always liked to say that you should take whatever a man says early on with a grain of salt. Then watch his actions over a reasonable period of time and see how they line up with what he said. It’s natural to see a few discrepancies over time and it doesn’t necessarily make him a bad guy.

Finally, you might want to remember that when a man projects about the future and the possibility of a long term relationship,  it’s a great sign that he’s into you.