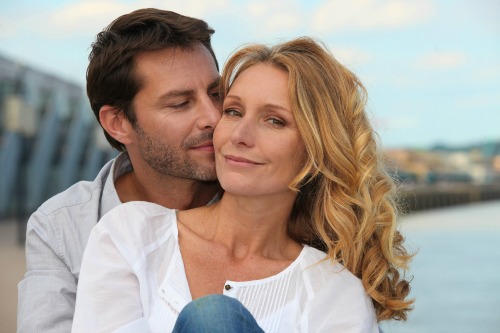 The Secret Attractor That Makes Men Flock To You

As a dating coach, I see one glaring mistake that most women make while dating.

They have expectations of how their men will act and how they’ll conduct the relationship, and they’re always let down when the man doesn’t “perform” as they want him to. They want to be the girlfriend after the 4th date, they want “I love you” after 3–6 months, and they want a serious commitment (with a ring) by the one-year mark.

Did I mention they’re always disappointed?

Have you been there, and would you like to know a much better way?

How would you like to be a man magnet—and I’m talking about a quality man who can’t wait to claim you and make you his?

What I’m about to share turns women into men magnets, and they’re able to get the commitment and love they want without expectations or disappointment. Men are irresistibly drawn to them because of how carefree and happy they are, and these women are claimed right away.

I call this dating technique passionately detached. It’s simple to describe and simple to do. You are passionately open to all dating possibilities, but you’re not attached to any outcome. You don’t expect anything of your man, and you allow your relationship to unfold naturally and at its own pace, without pushing any kind of agenda.

It really is that simple. You enjoy the moment with him, and you lose that anxiety and uncertainty that you suffer through any time you hold expectations. You appreciate him for who he IS, not who you wish he were. You relax and let everything progress at its own pace, without trying to control the situation.

The first question I’m usually asked is, “Won’t that make me a doormat?”

Absolutely not. It actually empowers you to step back and look at what’s happening through clear eyes. If he’s not participating in the relationship, you’ll see that much sooner if you’re passionately detached than you do now being attached and anxious. You’ll see the red flags immediately so you can decide what you want to do.

And on the other hand, if things are progressing nicely between you and your man, passionate detachment keeps you from screwing things up. You won’t have that awful feeling of not being happy in your relationship, because you’re focusing on what’s right instead of what’s wrong. You won’t stress over every text message, you won’t worry about sex, and you won’t overanalyze what you say.

Life is so much easier when you date this way! You have the power to create the relationship you want by merely allowing it to happen. You’re not attached to any outcomes, so you can let the relationship flow like a river and see where it goes.

So how do you date passionately detached?

First, take a deep breath and realize that it may take a little time to get into the habit of relaxing and letting go of control and expectations. Let him step up and take charge, while you sit back and allow the flow. Certainly, you can change the course of the river occasionally, but don’t do it often. You’re changing the entire way you date, so let yourself go and focus on being happy in the present.

You drop your demands, your “shoulds”, and your expectations. You don’t think about the future or the past, but you live in the moment. I’m not saying you don’t remember the past or plan for the future, but you don’t hang onto past problems or include the man of the moment in your future plans. If he’s there, great. If not, that’s OK too… another man will be.

You keep your mind grounded in the present, and you find ways to appreciate what your man does for you in the now. If he cooks dinner for you, appreciate it. If he compliments you, thank him and leave it at that.

If he brings up future plans, don’t jump on them like a drowning man grabs a life preserver. Accept and move on to the next topic of conversation. You’re not focused on those plans right now, but you are focused on him and what you’re doing with him right now.

Don’t second-guess him, belittle him, or make him feel less-than. Appreciate everything he is as a man. When a man is in a relationship that has CAARS (companionship, acceptance, appreciation, respect and sex), he’ll be all yours. A man cannot resist a happy woman who gives him all he wants and needs.

In return, he’ll give you more than you ever thought possible, and much more than you need. Try dating passionately detached today… you’ll not only enjoy your man for what and who he is, but you’ll also be calmer and less uptight about where things are going.