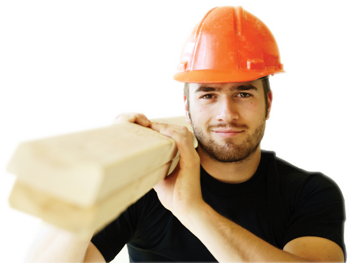 We all want to be loved– and that includes tough guys, too!

Whether a man is over 40 or in his 20s, he wants to find a true and meaningful love. He may enjoy the freedom of having many women to “sample from,” but ultimately, men are in search of “the one.” He may party like a frat-boy, and sleep around with a new woman every week, but underneath the fun times is a man curious to find the one woman he wants to share his life with.

Some men have had their heart broken and are afraid of having it hurt again. Some have been in long term relationships, but didn’t feel that the woman they were with would be the one to spend “forever after” with. Perhaps the man is new to love and likes to take things slow when it comes to opening his heart. But rest assured: men, like women, like children, like superheroes, all want to love and be loved.

And when love hits, it hits men hard.

Some women approach men with the mind-set: if a man is pushing 40 and was never married, he’s probably not the marrying type. This could be the cause of losing a great guy that just went through life “playing the field” but is finally ready to commit. Just when he’s ready to open his heart to “the one,” special woman, a golden opportunity of love is lost from assuming things.

When you assume things, well, you know the rest.

Men in love will move mountains to show their affection, devotion and need to please the one woman who speaks to his heart. They will give up their frat-style partying, clean up their act, and go out of their way to show you that they are worthy of your love. We all want to have love in our lives– even men. Don’t believe the media hype that men want to run from women and commitments. They need you as much as you want them.

If you find a man who will pause his video game to text you, marry him! – unknown

Give a man the idea of choosing to commit, and he’ll be all yours

One of the worst things women do when they are falling for a man is to put them on the spot with the question: where is this relationship going? Or worse, they give ultimatums to men on deciding if they want to “commit” or get the “heave ho.” Men are like wild animals when they become trapped: they’d rather chew off their own legs than feel “captured.” Allowing a man to decide for himself whether or not he wants a commitment will give him the confidence he needs to feel in control.

An example of this behavior, is the concept of hunter and prey. Men love a challenge, and it is often said that the “hunt itself is more exciting than actually catching the prey.” When a woman confronts a man about revealing how he feels about her, she can literally set him off and running in retreat. It’s probably no surprise to women that men aren’t as “in touch with their feelings” as women are, so it literally scares the daylights out of them to tap into their emotions.

Patience is a virtue, and commitment takes time

A man wants to go after the object of his desire, and achieve success on his own, purposefully, with stealth, and his “man skills.” The bottom line here is: if and when a man feels ready to draw the line of commitment, he wants to be the one to decide how and when it’s going to happen. Sorry, ladies, but you’ll have to be patient with him. If he’s the right one for you, it will be worth the wait.

Don’t ask him, let him ask you.

When love hits a man and he’s decided you are the one, he will become possessive of having you to himself. Let a man realize that he doesn’t want to live without you, and he will come forward with his intentions. Men don’t want to be controlled, so giving them the freedom of choosing is the most loving act you can provide.

Learn about The Relationships Men Commit To and Why