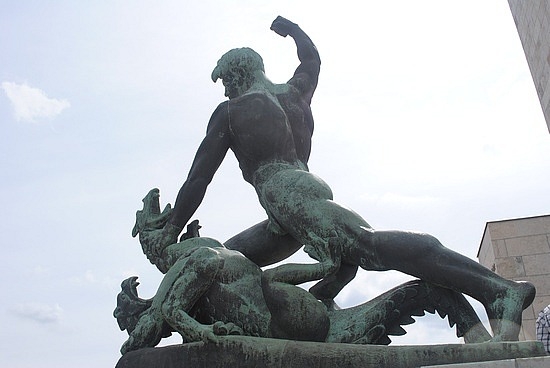 If you have even been in a relationship for any length of time you would agree with me that there can be many areas of conflict. One of the most frequent fields of concern is the lack of intimacy shared between a man and a woman. Unfortunately women have been conditioned to not even think twice of chasing after men with poor relational skills. They absolve men for shutting them out and holding them at a distance.  They put up with abuses and excuses for their behavior. They hang on to the  workaholics and don’t seem to recognize that these men are relationally incompetent at navigating love relationships. I believe the current problems men and women experience in relationships have something to do with a lack of a hero’s journey in men’s lives.

One of the things that would help men be more relational and create happier relationships would be to undertake a hero’s journey to intimacy.

Something I believe is crucial for men to be able to function at their highest level relationally is for them to experience the self realization found in a such a journey.

Let’s take a look at the Single Man

For the single man who seems to keep missing the mark when it comes to attaining relational success, the hero’s journey may not even seem appealing to him at first.  But when he realizes that intimacy has escaped him yet again and he is at least partially responsible for the demise of another relationship, his eyes will begin to open.  There comes a point when he understands that he must make changes in himself if he ever expects to attract and keep the right woman.

The single man will then choose to pursue an in-depth look at himself.  He may make use of    relationship professionals, their articles and books to comprehend his inner desires and defects.  This is his time to conquer the mountains of self-doubt and confusion.  This is his time to unveil and annihilate self-deception.  This will be a season of great suffering for him, but he will endure because he now knows that the status quo will no longer allow him to attain the prize.  He wants to love and be loved.  Without him making the necessary changes he will dwell in defeat.

This is his juncture in which he digs deep to discover the love contained within his soul.  This is his moment to learn what he never learned from the men who had surrounded him in his formative years.

This is when he acquires the ability to love, to give and to grow up.

Side Note From the Heart Protector of Women:  If this is the type of partner you desire in a relationship, it would behoove you to know ahead of time if the man you are attracted to has already embarked on a hero’s journey of his own.  If he has not, you could end up being wounded because he is not capable of an intimate relationship.

What about the Men in committed Relationships…

Just because a man may be in a marriage or relationship, we all know this does not mean he is happy, nor does it mean the woman is satisfied.  If there is strife or struggle he needs to be emboldened to indulge in his own hero’s journey.  The woman’s role in this relationship is critical.  She will want to create a balance between encouraging her man to take the journey and allowing herself to become the much sought after prize.  Critical comments and nagging won’t cut it.  Allowing him to continue in his poor behavior won’t help him.  Following him around like the faithful puppy won’t inspire him to change.  But when the woman decides she will let him take the journey to become a hero and she will learn how to be the prize at the end of his quest, then she is on the right track.

When a guy thinks he’s got you no matter what, you lose value in his eyes.  If he does not have to work for your love, affection and acceptance, he loses interest and motivation.  If you were easily apprehended by him you will be easily tossed aside.  Maybe not physically but emotionally for sure.  There’s nothing worse for the woman who craves intimacy and instead gets ignored.

If the man you love has not gone through his own hero’s journey before you two connected, know that he will need to go through it to attain the levels of intimacy you so desire.  The only difference between the single man’s journey and the committed man’s journey is that you, your passion, acceptance and love is his reward.  You are the prize he must win.

The journey itself is not easy for him by any means.  He will suffer the pangs of vulnerability, fear and disappointment.  He will feel like the path is tricky and his foundations are shifting.  This is not a road he has ever traveled before, so don’t try to move him along more quickly than he is able to go.

Be careful not to mock his failing.  This is not the time to blame or get critical.  Refrain from demanding attention at this point knowing he will be more open to discussion once he wins this war. Remember he is in a battle that only he can fight.  He is climbing a mountain, unearthing enemies that have hounded him his whole life.  He needs the space and grace to get through the struggle victoriously.

Instead, this is your time to be the princess.  Don’t pursue him but rather peacefully remain at a distance and let him come to you.  Let him fight for you.  Once his journey is complete he will enjoy the man he has become and you will have the hero you desired all along.