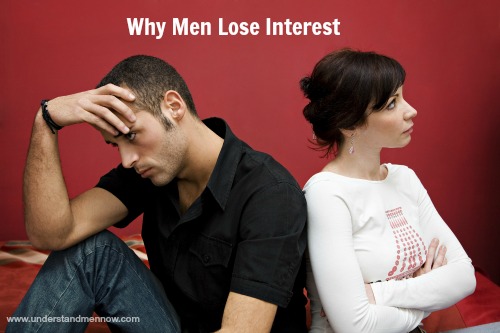 There’s an old saying: Women marry men in hopes that they will change while men marry women hoping they don’t change. Speaking as a man, this feels like such a truism and this may answer a lot of questions as to why a man might be into you and then disappear.

When a man likes a woman, he will express his feelings in the moment. If he believes the woman that he’s with is fun, happy, in alignment with him and safe, he’ll begin to nest into the relationship.

Until he sees a behavior that causes him to pause. It might be an over eager agenda to a particular destination. It might be jealousy, nagging or pressure to share more feelings. Many times it can be the woman’s delivery that turns things sideways. But whatever the cause, the minute a man begins to feel this “pause” he doesn’t feel safe and he may begin to question a future with that woman. He might have have expressed his concerns and feelings…but if it fell on deaf ears, and his trust begins to erode.

Now here’s the rub… because a man nests, so long as some of his other needs are being met such as sex, fun and alignment (and he feels good being with her in the moment) he’ll usually stay but will never fully commit until the pressure is lifted. However, if there is continuous pressure and it reaches a point of more than he can handle or he believes he can do better elsewhere then he’s going to bolt.

Another reason is that some men (unfortunately) just like the thrill of the chase. Once they’ve snared a woman that they’ve been after, the search is on again for the next conquest.

Now, a sign of real maturity in a man is someone who supports a woman who is steadily growing and changing and doesn’t run the other way at the first sign of adversity (or even a discussion of a long term commitment.) Mature people talk through their expectations and issues (and of course there will always be issues.) They will also want to share and celebrate their individual growth.

I’m just offering a couple of possible explanations to that eternal question of why some men disappear when things just seem to be getting good. This is not necessarily about who is right or wrong. And on the flip side — when men change from the attentive, generous and charismatic guys they were at the beginning — many women will lose their enthusiasm as well.

What do you think? Why do some men seem to lose their enthusiasm or even just disappear when things seemed like they were beginning to progress? Why Men Pull Away will help you get past this roadblock and hopefully never have to experience this heartbreak again in the future.