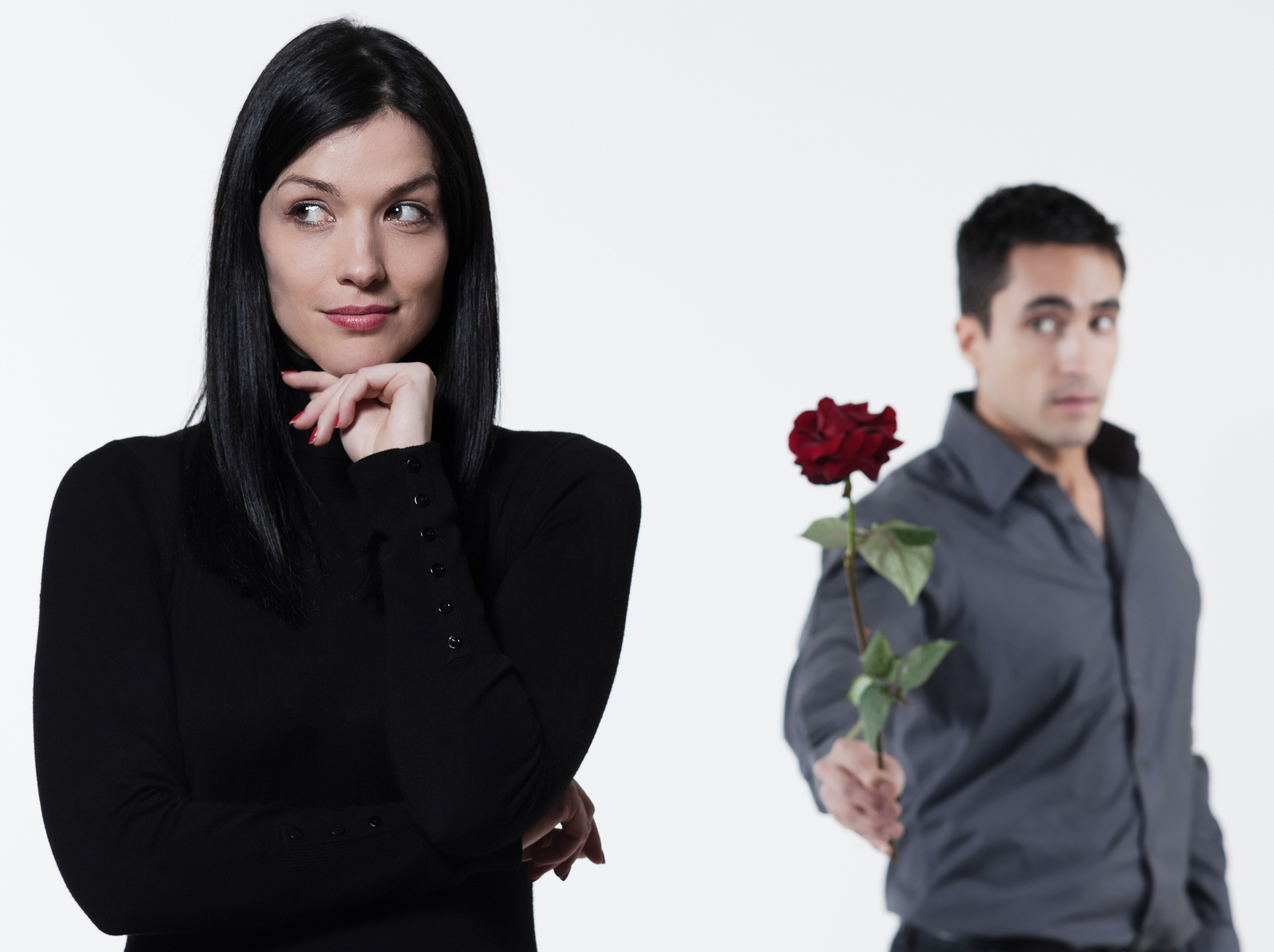 I want you to do something for me. I want you to imagine yourself in a couple of dating scenarios that I’m going to paint for you. Ready? Ok, here we go.

You just went on a coffee date with a man you met online recently named Bob. He seemed nice. He was dressed well, he was a gentleman and pleasant to talk to. You weren’t particularly blown away by him, but you weren’t repulsed, either. He’s just…okay.

You decide you’ll see him again and see how things feel. You know that one short coffee date means nothing in the scheme of things. This guy can be amazing or a real dud. Time will tell.  You’re up for the adventure of getting to know someone. Your mind wanders to some things you need to get ready for work the next day.

“You were amazing! You’re even more beautiful than your photo! Are you free tomorrow night?”

Ugh…you think. You’ve barely had time to really process the last hour you spent with him, and you’re not really ready to say yes or no to another date tomorrow night.

Five minutes later, he texts again. “You there? Did I say something wrong?” You’re driving, so you ignore it.

By the time you get home, your mood is shot. Now instead of feeling relaxed and content, you’re feeling tense and pressure to explain why you couldn’t text back. You send a terse reply, assuring him that nothing is wrong, you’re just tired and have some work you have to do, and you’ll call him tomorrow.

You’ve been going out with Bob for a few weeks. He’s a sweet, polite man with a big heart. He brings flowers to every date. He sends daily texts and occasional emails. He calls every night that you don’t see him. He offers lots of advice whenever you complain about work. For the most part, you have a good time together. He is very attentive. The sex is decent, no complaints there.

But you’re still not sure about him. You’re still willing to see where it goes and what he’s really about and how you feel around him, though.

Lately, though, some things happened that are raising a red flag.

The other night you were too tired to talk, and you knew he was going to call. So you turned off the ringer and went to bed early.

The next day he emails you. “Is everything okay? Where were you last night? I called and you weren’t home. Were you out with someone?”

The tone strikes you as a bit controlling and aggressive. You assure him that you were home, just tired and turned in early. You find yourself being defensive, but you haven’t done anything wrong. That icky feeling you can’t quite put your finger on comes back.

He calls you later and asks which day you’d like spend together this weekend, Saturday or Sunday? He’s got a great idea for a small road trip in the mountains.

You had been seeing him every weekend for the last month, so you were hoping to instead spend the coming weekend hanging out with your girlfriend at a craft show, maybe go for a long hike with your dog. You aren’t in the mood for a road trip. But he seems so expectant on the phone, and he’s already suspicious about where you were last night… So you tell him you can’t see him this weekend, your boss is sending you out of town for work.

How Does It Feel?

If you felt yourself constricting and cringing while you were reading these two scenarios, it’s probably because of the heavy burden of expectation you felt for the woman in these scenarios.

What about the man? How does the man seem to you? Does he seem needy? Controlling? Desperate? Heavy? Are there any other adjectives you’d use to describe the man or his demeanor?

Now turn this around and ask if you’ve ever done anything like that with a man?

Many of us, male and female, have done it and not realized it. I call this Relationship Heavy… expectations, pressure, commitment after the first date, anxiety. When we feel excited about someone, it’s difficult for us to step outside ourselves and see how we’re coming across.

When you approach the early stages of dating with this mindset, it creates an undertone of pressure and discomfort in the man. You may feel enthusiastic and hopeful and want to move things along accordingly. If he’s still getting to know you and isn’t quite there, he may feel smothered and rushed. I’m sure you’ve dated at least one guy who made you feel that way.

A New Way to Date That Changes Everything

There’s an attitude that some women have about dating that makes them irresistible to the men they date. I have pegged the term, “Relationship Lite”. It’s not a type of relationship. It’s a mindset. It is the opposite of the heavy type of scenarios I painted above.

Relationship Lite is giving both yourself and the man you’re dating the space to decide if they are what you’re looking for. You test the waters. You evaluate them. You think about how you feel when you’re around them and when you’re not around them. Do you miss them? Do you look forward to seeing them, or are the dates becoming tiresome? You’re still figuring all this out, and it takes time. There is no rush to move forward quickly because you’re having fun getting to know them.

It’s like a probationary period for something that could become a long-term commitment, but isn’t…not yet.

Relationship Lite is perfect for those who aren’t quite ready for a serious relationship or may be getting back into dating after a breakup. It’s a great way to experience companionship, affection, and attention without having to make promises to someone you are just getting to know.

The best part is, Relationship Lite triggers something in a man’s psychology that makes him crave the hunt, or the chase. He’s not sure he “has” you, because you’re approaching the relationship with a cautious “take-it-or-leave it” attitude. Even if you’re having sex, there are no guarantees you’ll say yes to the next date. You may or you may not, it depends on what else you have going on in your life.

And the best part of this is—men date this way naturally, so your guy will LOVE that you’re on the same page.

When women hear about this, they say it sounds like a dream and too good to be true. They’re skeptical, and rightly so. Happiness and fun without the pressure? How can that be?

It’s easier than you think, and the next blog will open up the world of Relationship Lite and show you how you can have a great relationship with a man and enjoy the dating, mating, and relating process.